Based on the massive amount of advertising intelligence it has tracked, App Growing has a comprehensive insight into the global mobile game advertising trends. This white paper on media buying 2021 covers a global mobile games market overview, global popular regions, global mobile top games, top publishers, and creative strategies. Hope it helps you rise above the competition. 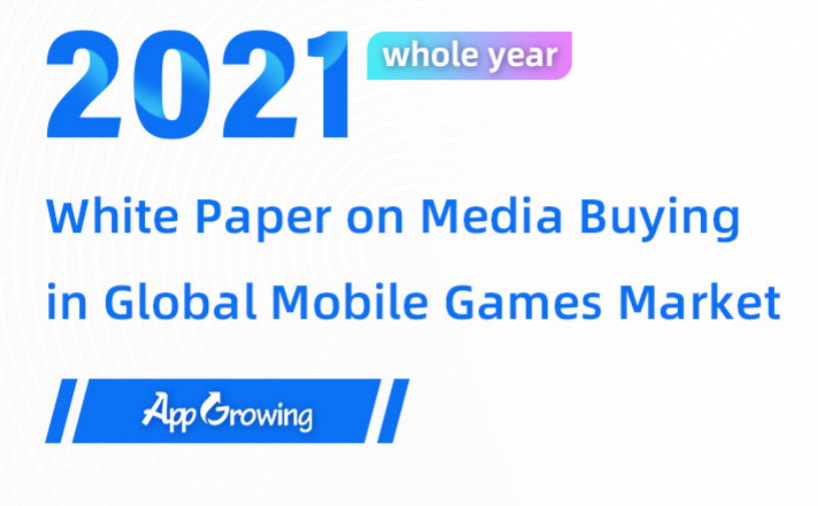 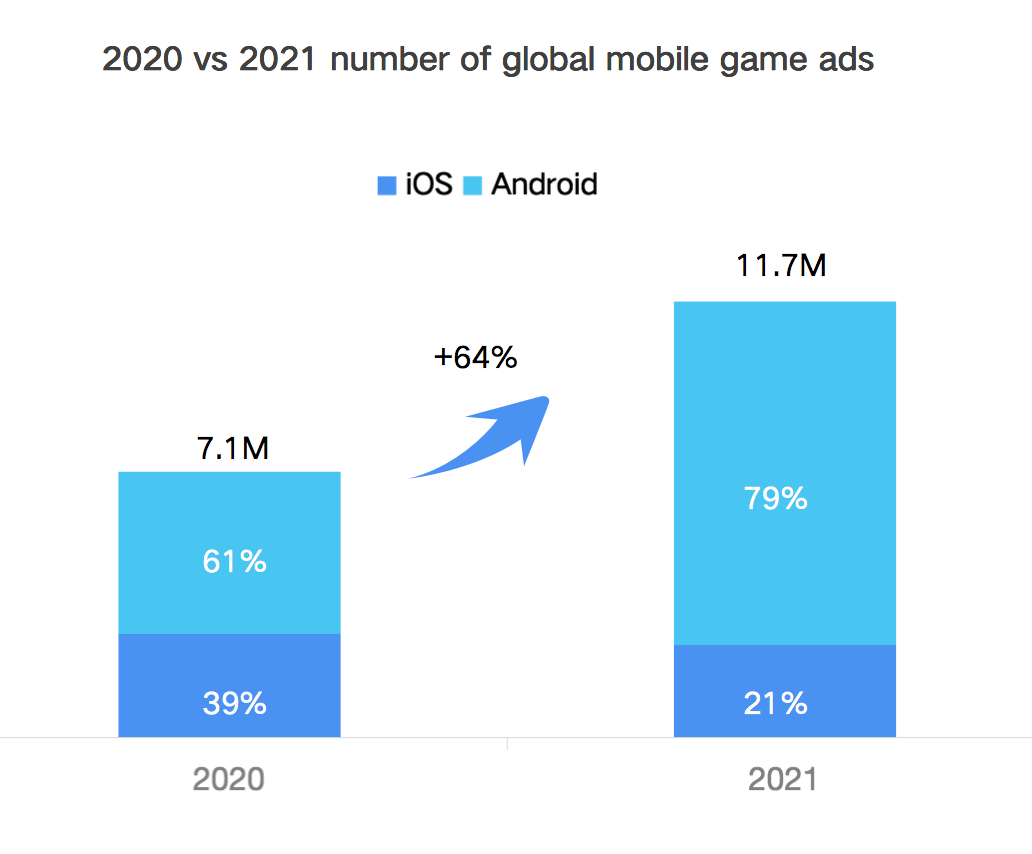 2. Casual games were the largest advertiser, with an increase of more than 200%

Core games such as RPG, SLG rose 31% and 58% respectively. It proves that the numbers of new core games are not much and maintained a steady growth overall, while casual games were booming in 2021. 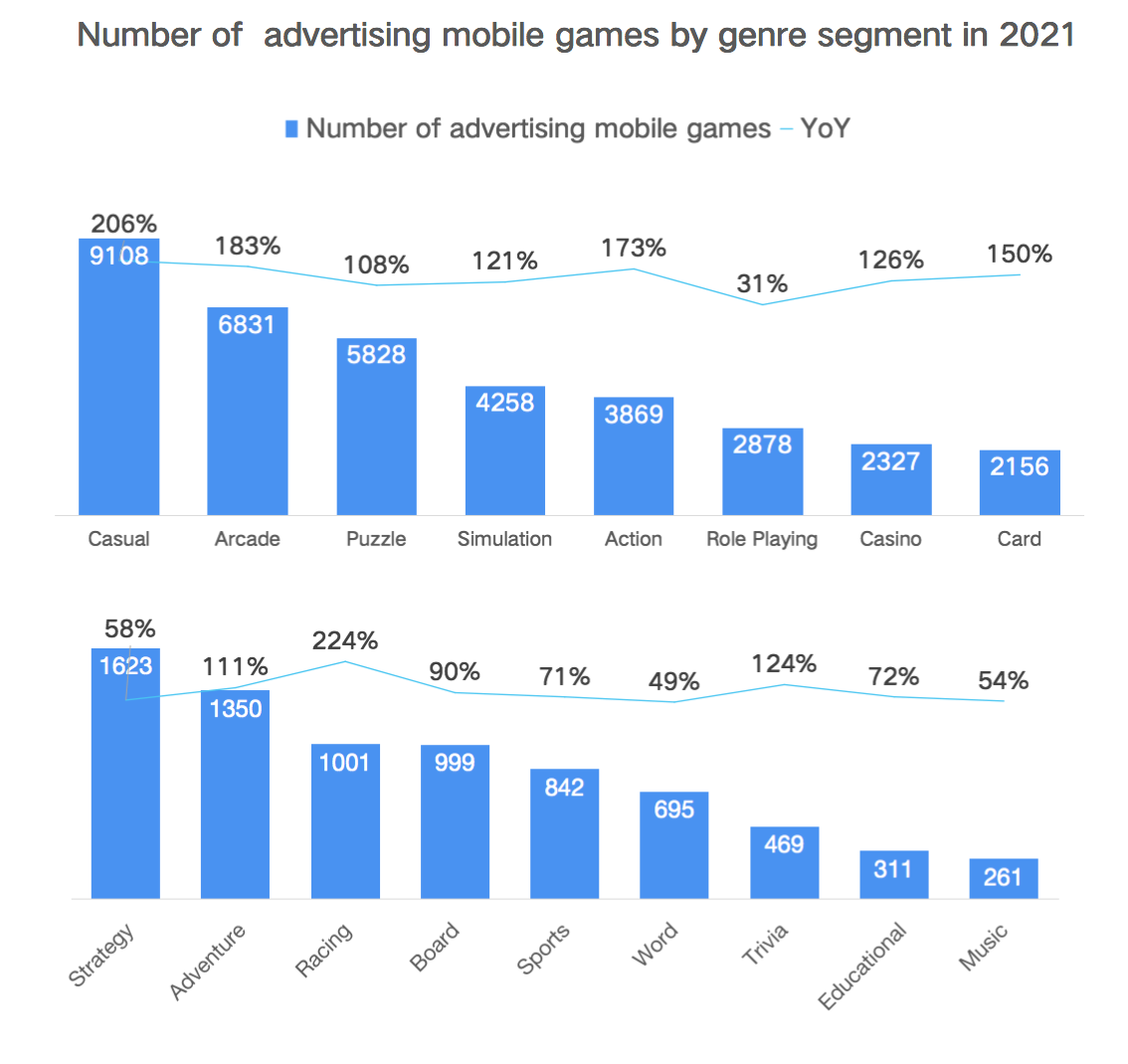 It is worth noting that the United States accounts for 8.2% of media buying share, far exceeding the share of other regions.

In terms of the number of advertisements, Hong Kong, the United States, and Singapore are the countries with the fastest MoM growth, with an increase of more than 50%, which means that user acquisition in this region will be more intense. 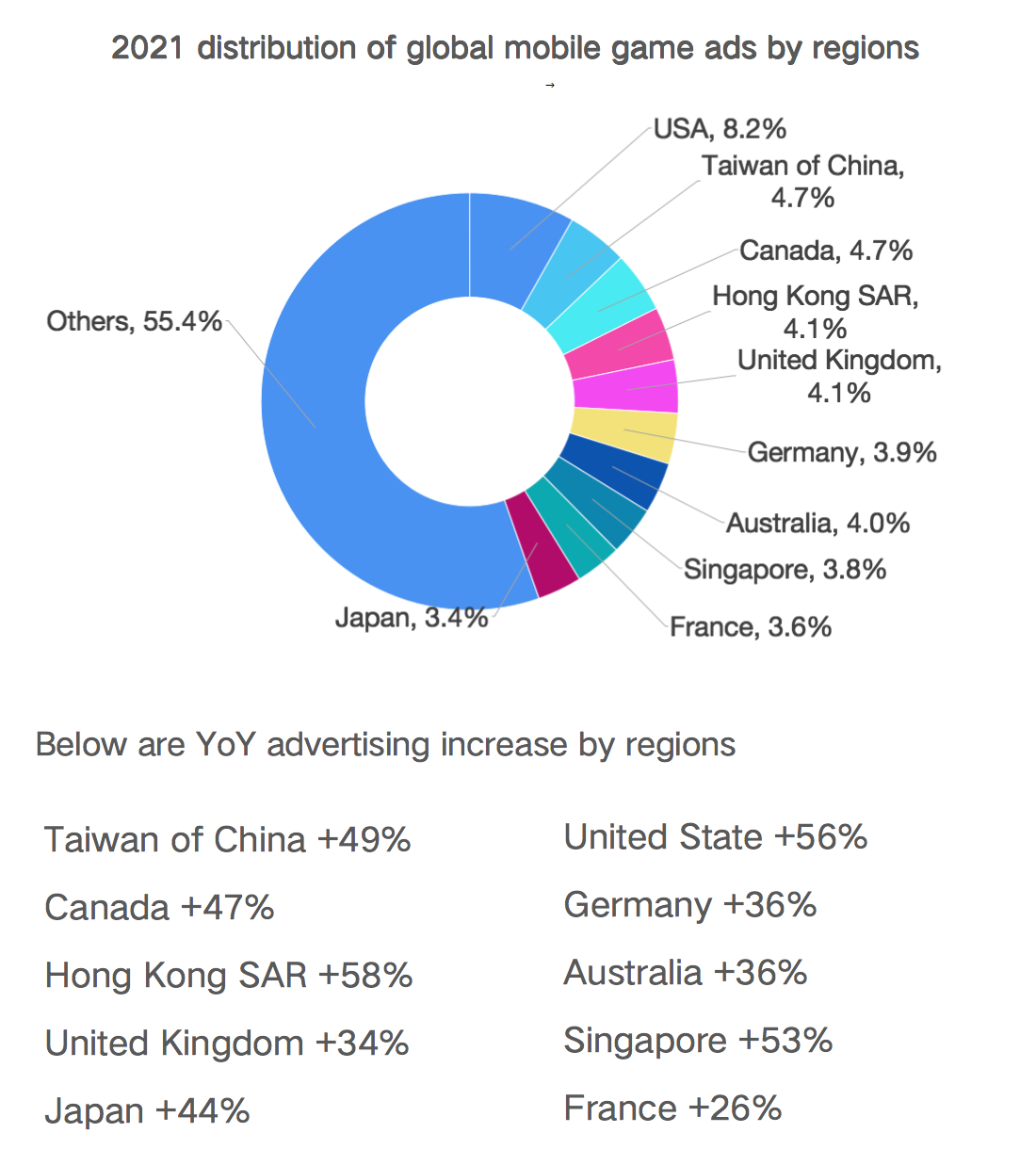 When it comes to player spending and high ARPU, Japan is one of the top generators.  Casual, RPG, and simulation are Top3 genres, according to App Growing Global.  In particular, it's a hub for animation, comics, games.  Most mobile game shares are occupied by local developers and publishers. Localization is crucial when trying to enter Japan. 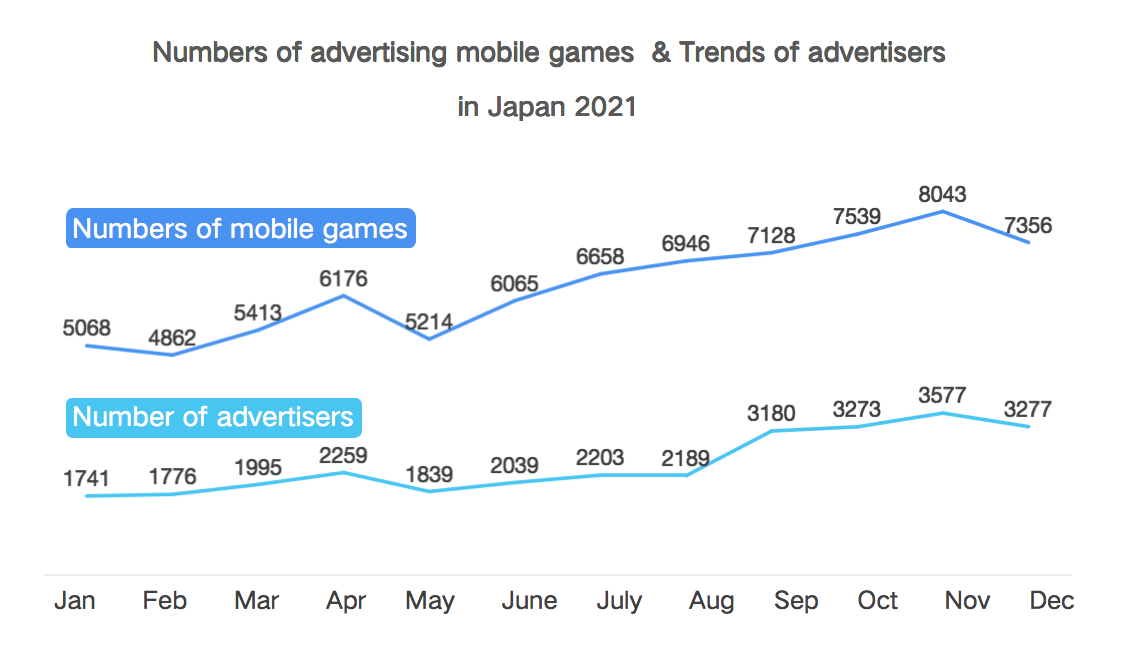 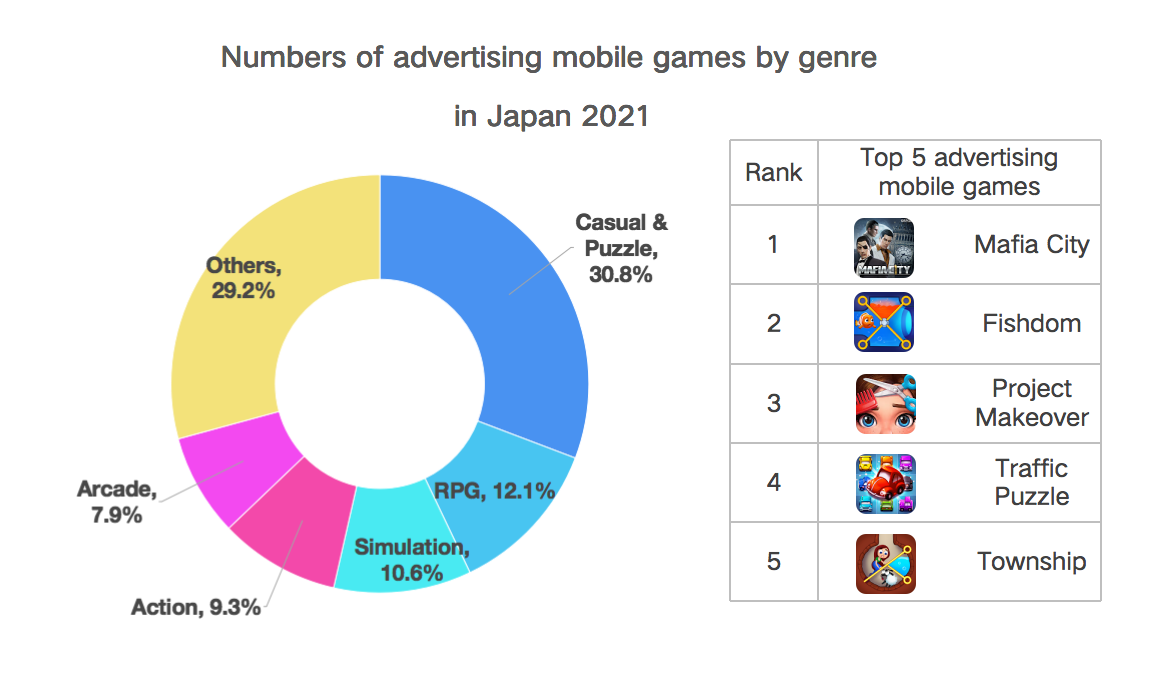 The average monthly of 11,867 promoted mobile games in the United States is nearly twice that of Japan, with an average of 4539 developers per month. A single developer promoted 2.6 mobile games monthly.

Thanks to a mature Internet environment and a large number of female Internet users, the United States is the largest market for casual & puzzle games, with a market share of 35%. High-quality shooting and strategy games ranked firmly on the US top charts. Notably, although casinos did not in the top 5 in terms of advertisement, it is one of the genres with the largest revenue, and the App Store accounts for more than half of the revenue. 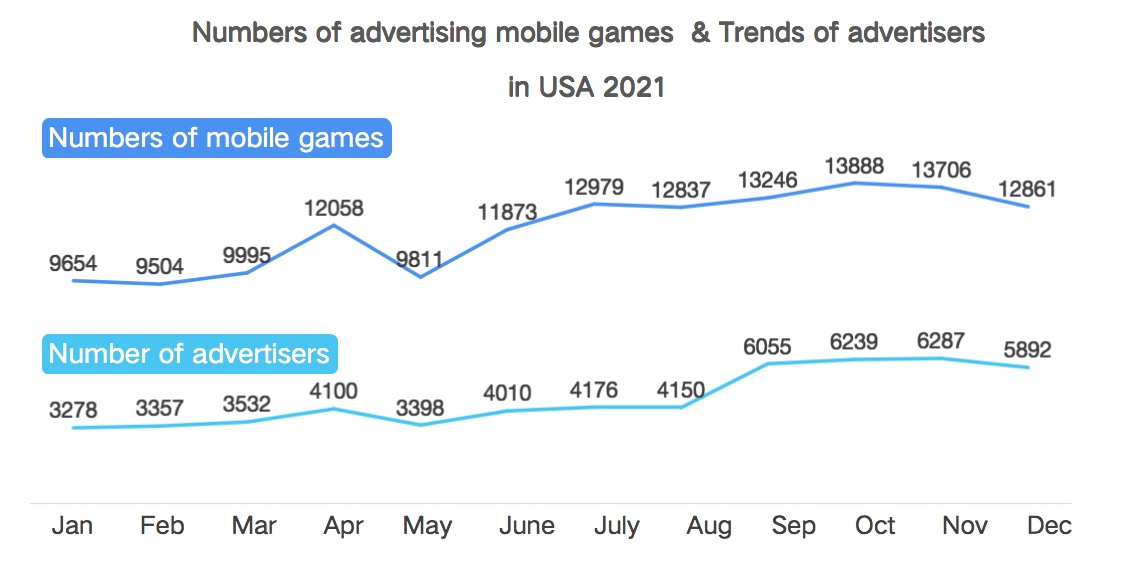 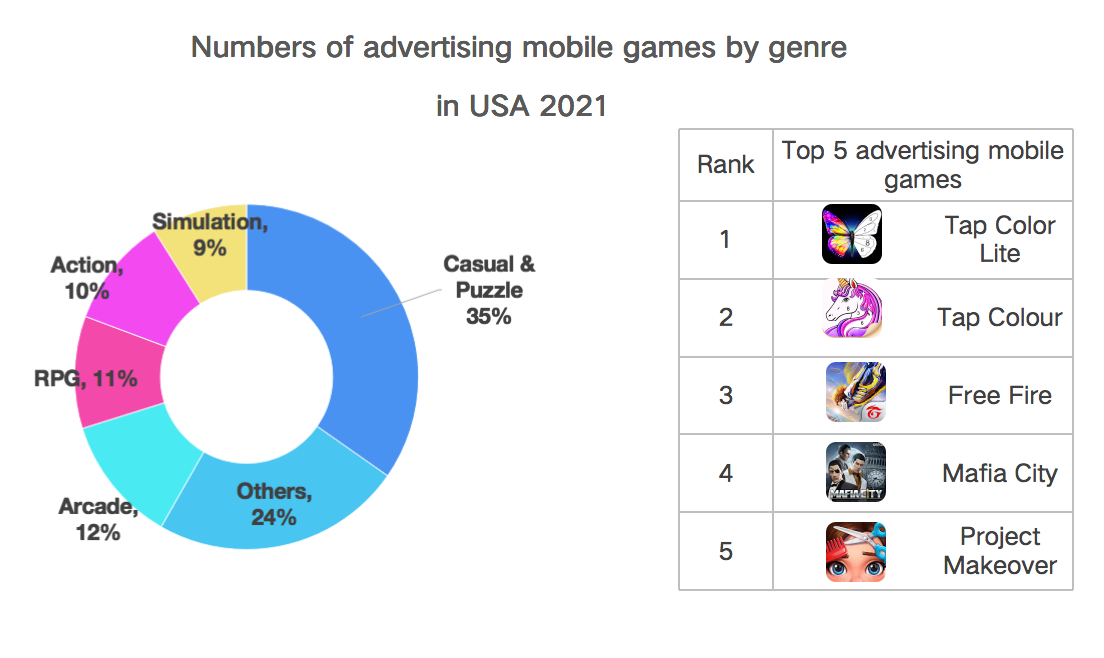 Saudi Arabia promoted an average of 4,095 mobile games per month, with an average of 1,758 developers per month. Compared with other markets, localization requirements are high, and the competition is not fierce.

Saudi Arabia has the world's highest ARPPU of mobile games and is well-known as a big spender. Action mobile games, casual, simulation, and arcade games represented by "PUBG MOBILE" are the mainstream mobile games in Saudi Arabia.

"Mafia City" is the most popular strategy game in Saudi Arabia. 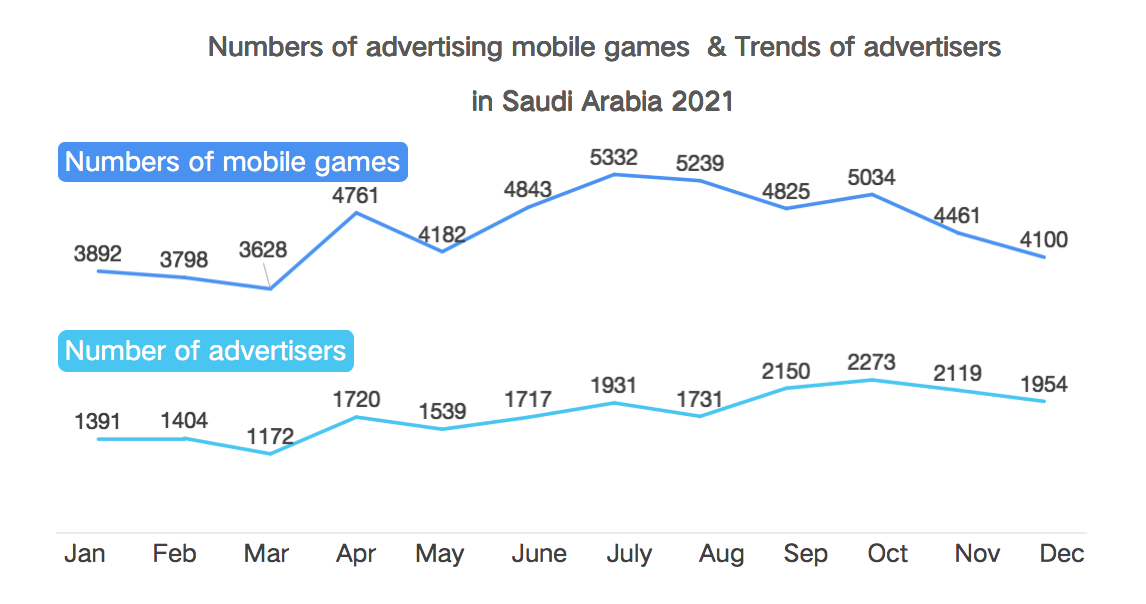 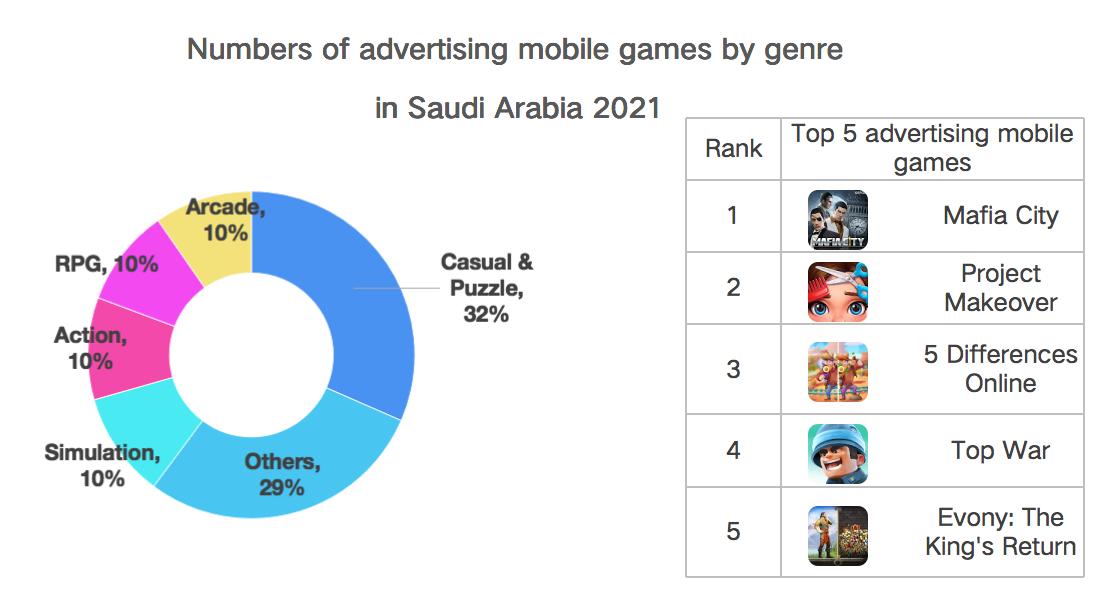 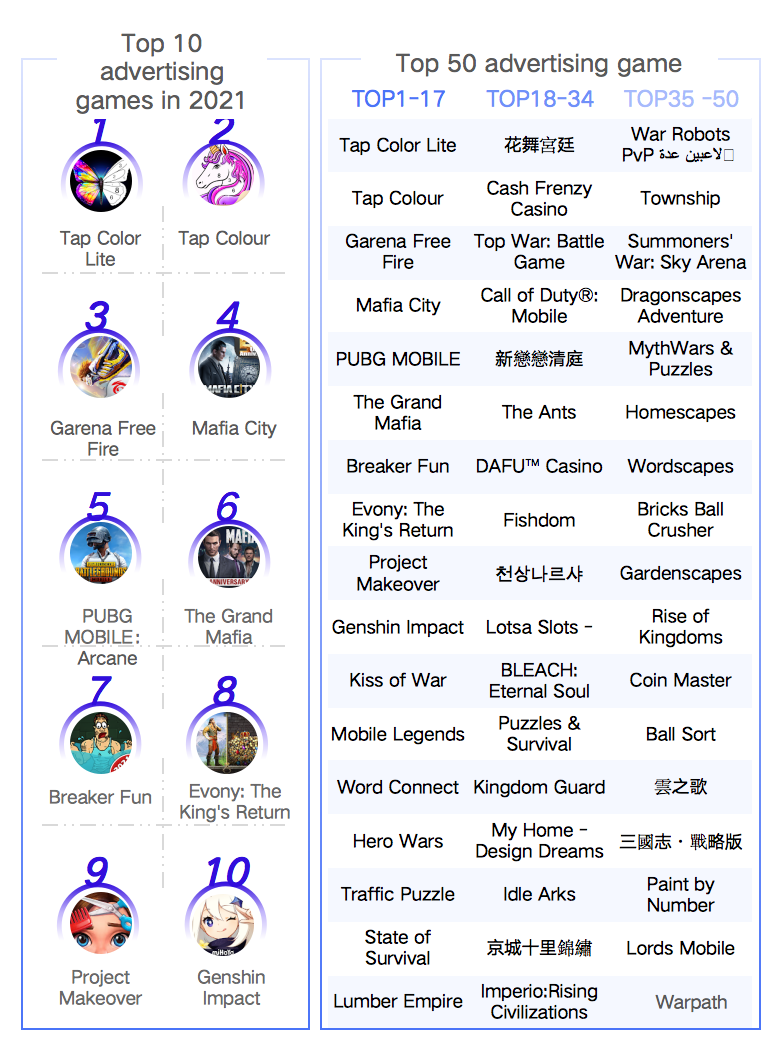 Tencent Games has the largest revenue worldwide. The team focuses on PUBG Mobile, one of 2021's top-grossing mobile games, continuously promoted worldwide. Popular MOBA game Arena of Valor (Honor of Kings in China) is on the 2nd top advertising ranking and a new title Alchemy Stars on the 3rd, which performs well in the top-grossing chart. Data shows that Japan, Russia, and the Middle East are the markets that Tencent focuses on, and it only launches mid-core and core games. 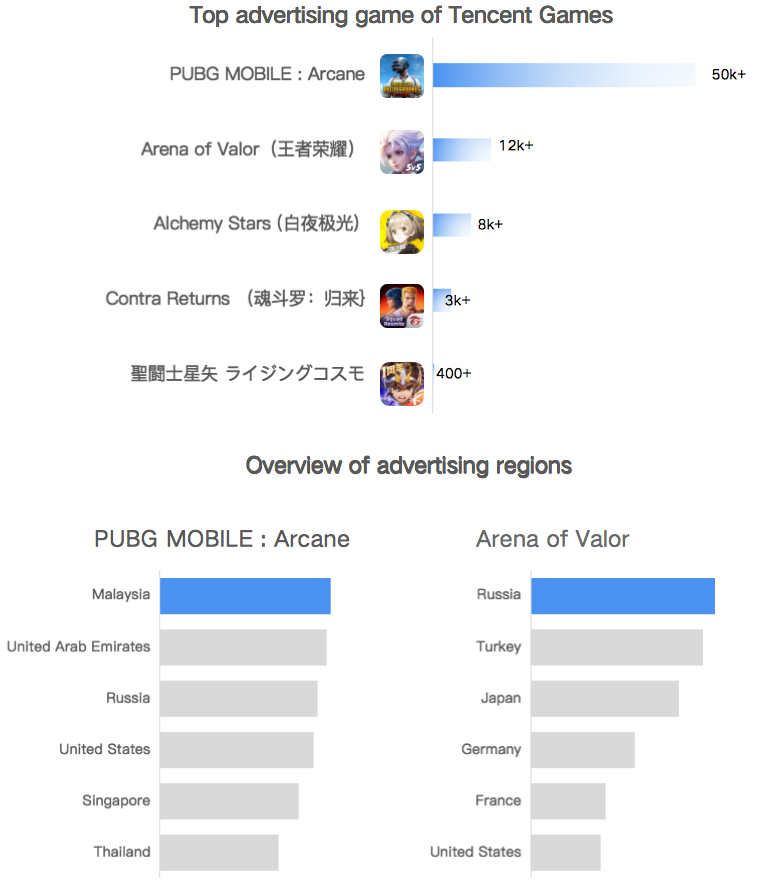 More than 80% of "PUBG MOBILE" ad creatives are promoted on Admob & Youtube. Ads with the longest active days show gameplay from the player's perspective and it delivers the most intense scene during the game, such as squatting on the bridge and guarding the enemy. 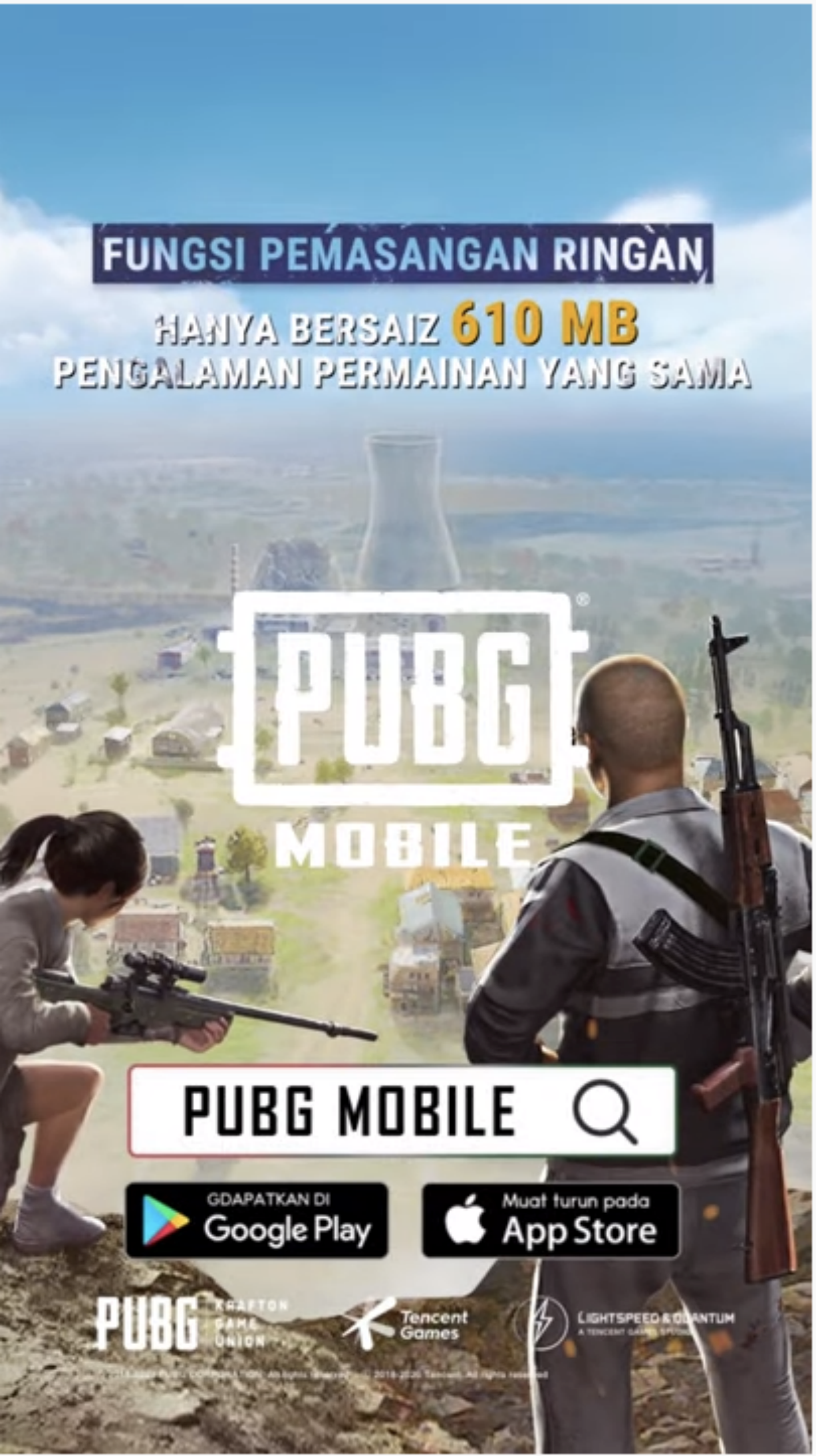 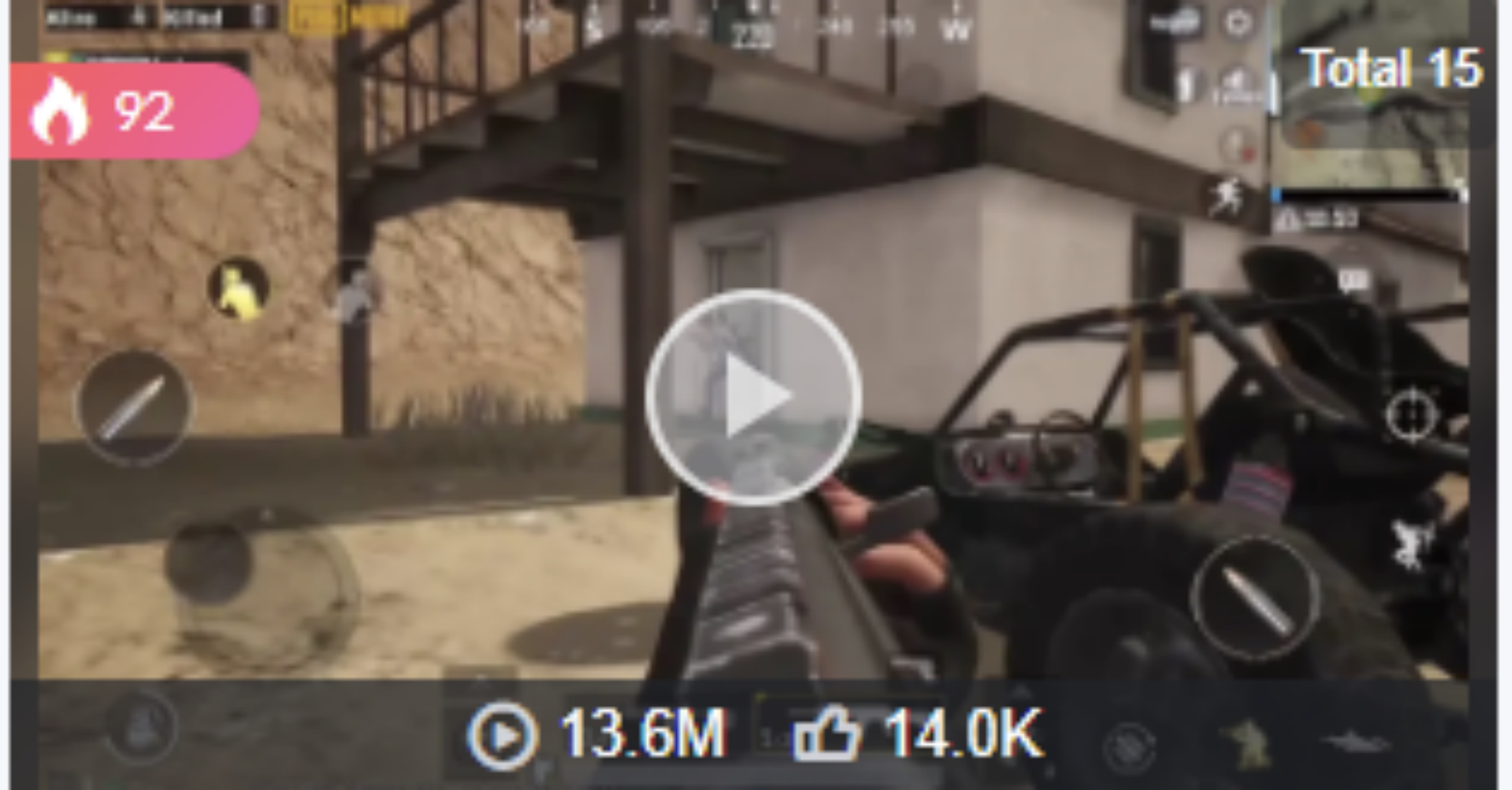 Ads show a Classic 5v5 match in Arena of Valor （AoV）and show off heroes' skills and combos to appeal to players.

Meanwhile, AoV collaborated with properties, such as DC Comics, and began advertising, which expect to have a broad reach to more audiences especially DC comics lovers. 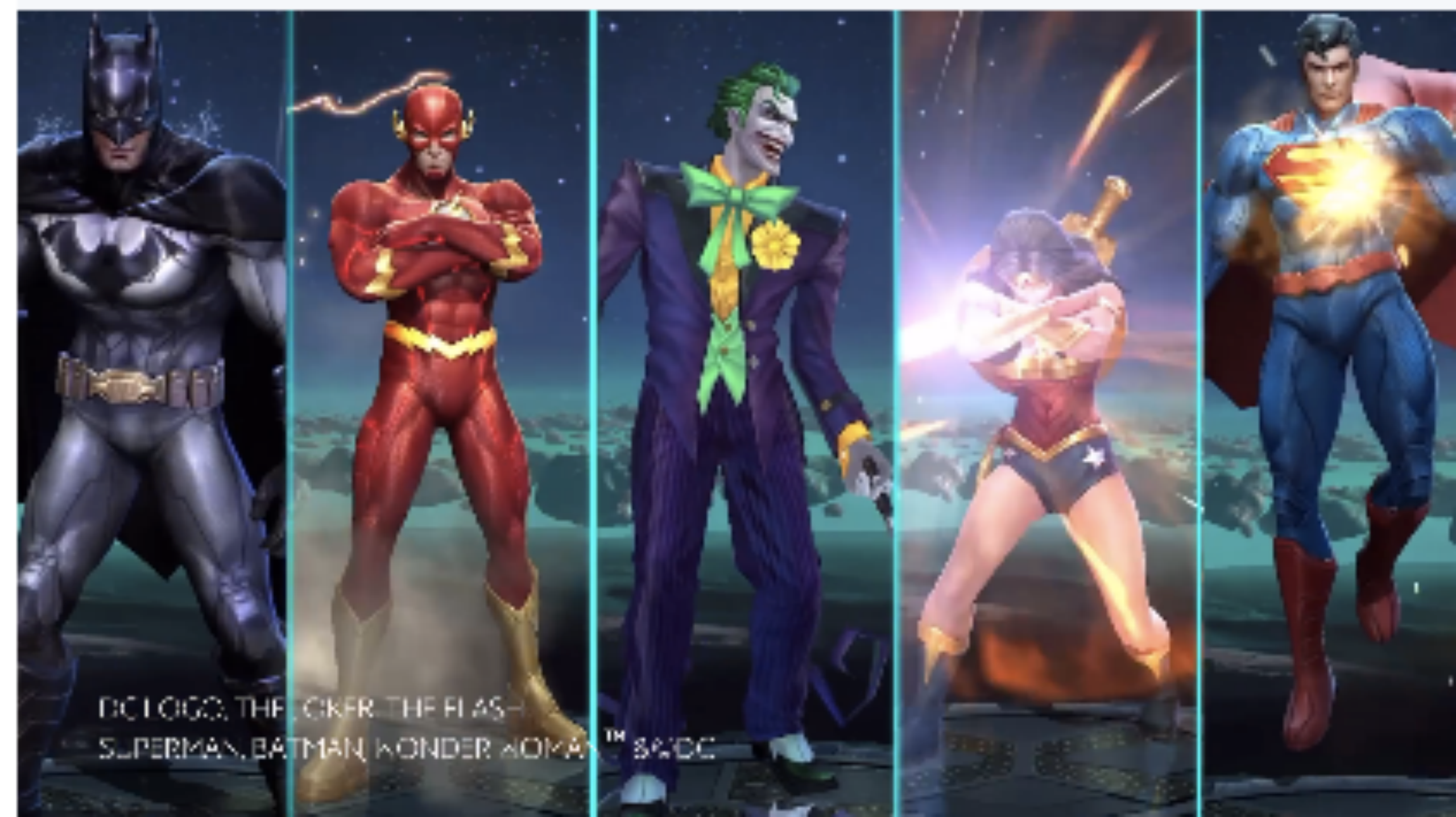 Supercell, which is good at developing high-quality games in a long term, still keeps on media buying of "Clash of Clans" released in 2013, and its advertising ranking ranks first among its games. 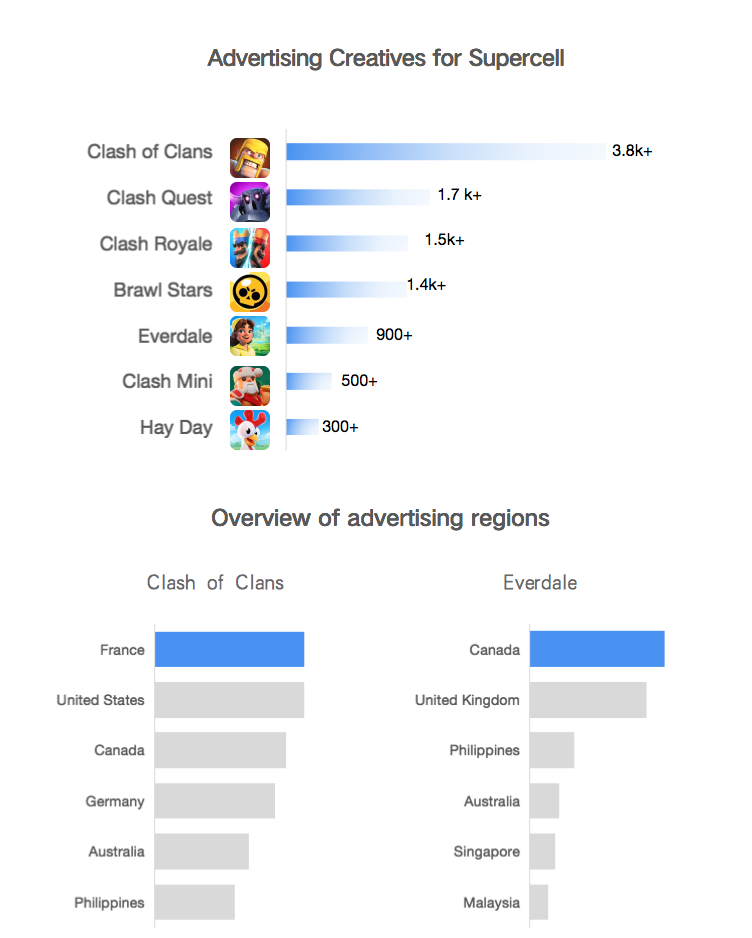 As the most well-known Clash series, CoC is still a popular game with a worldwide fan base and has been in the top 20 top-grossing list for a long time, and global advertising remains active. 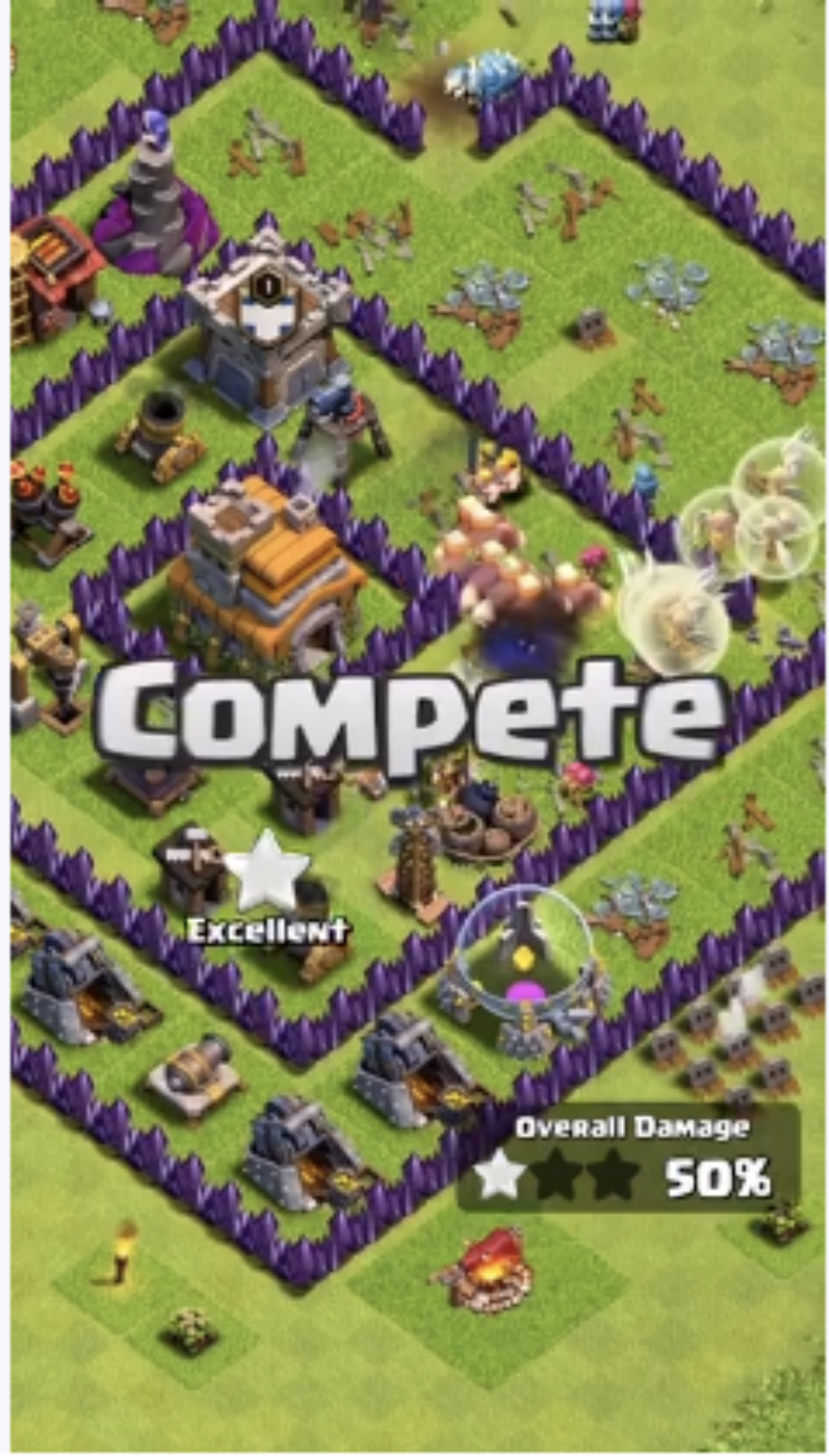 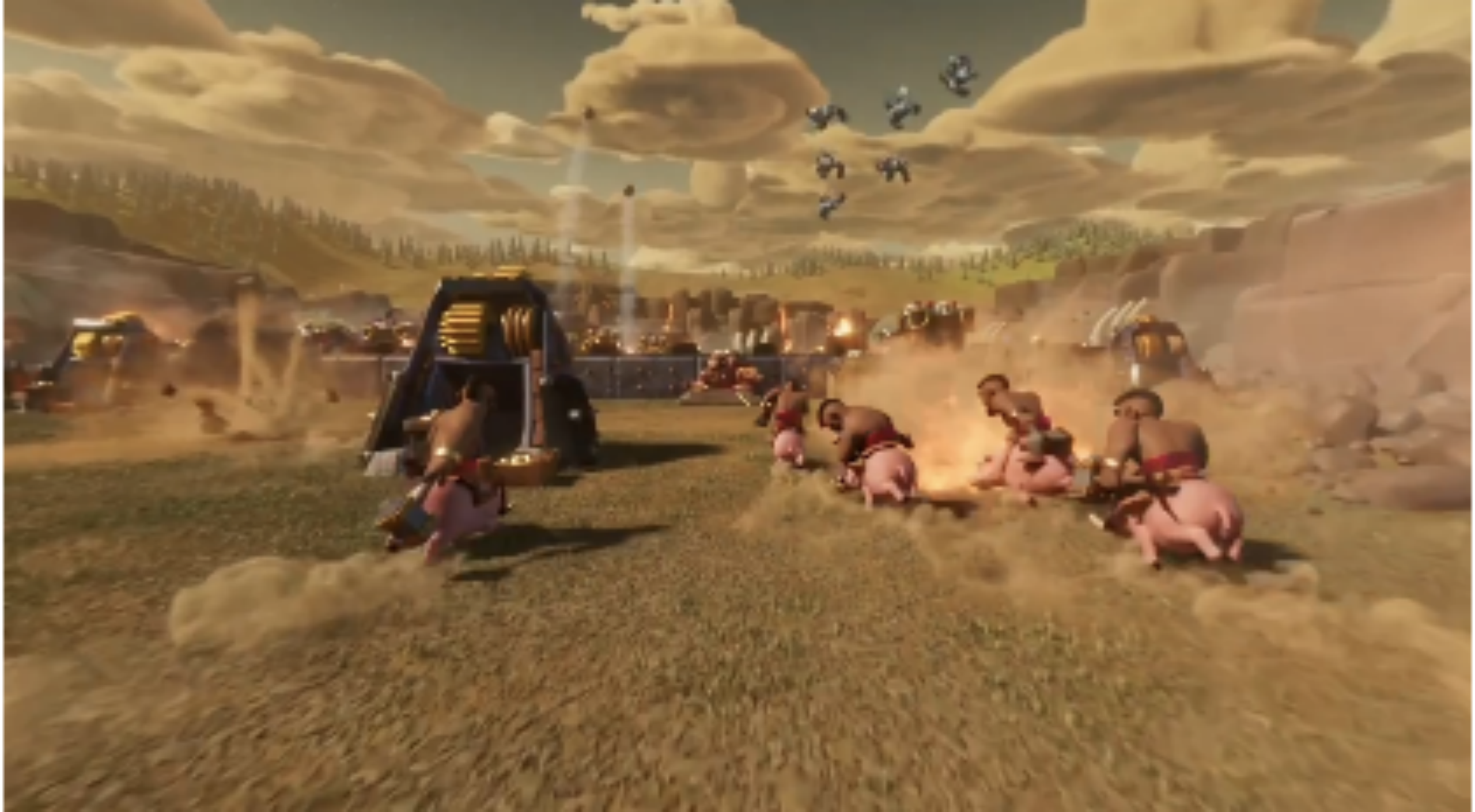 Supercell released a farm building simulation game Everdale in August 2021. The game focuses on creating a dream, peaceful, relaxing community with other players. Ad creative mainly highlighted gameplay with multiplayer social cooperation and brings out a pleasant storyline. At the same time, some ads tried to show bad days in real life. The purpose of this ad is to engage and move people to find peace in the game. 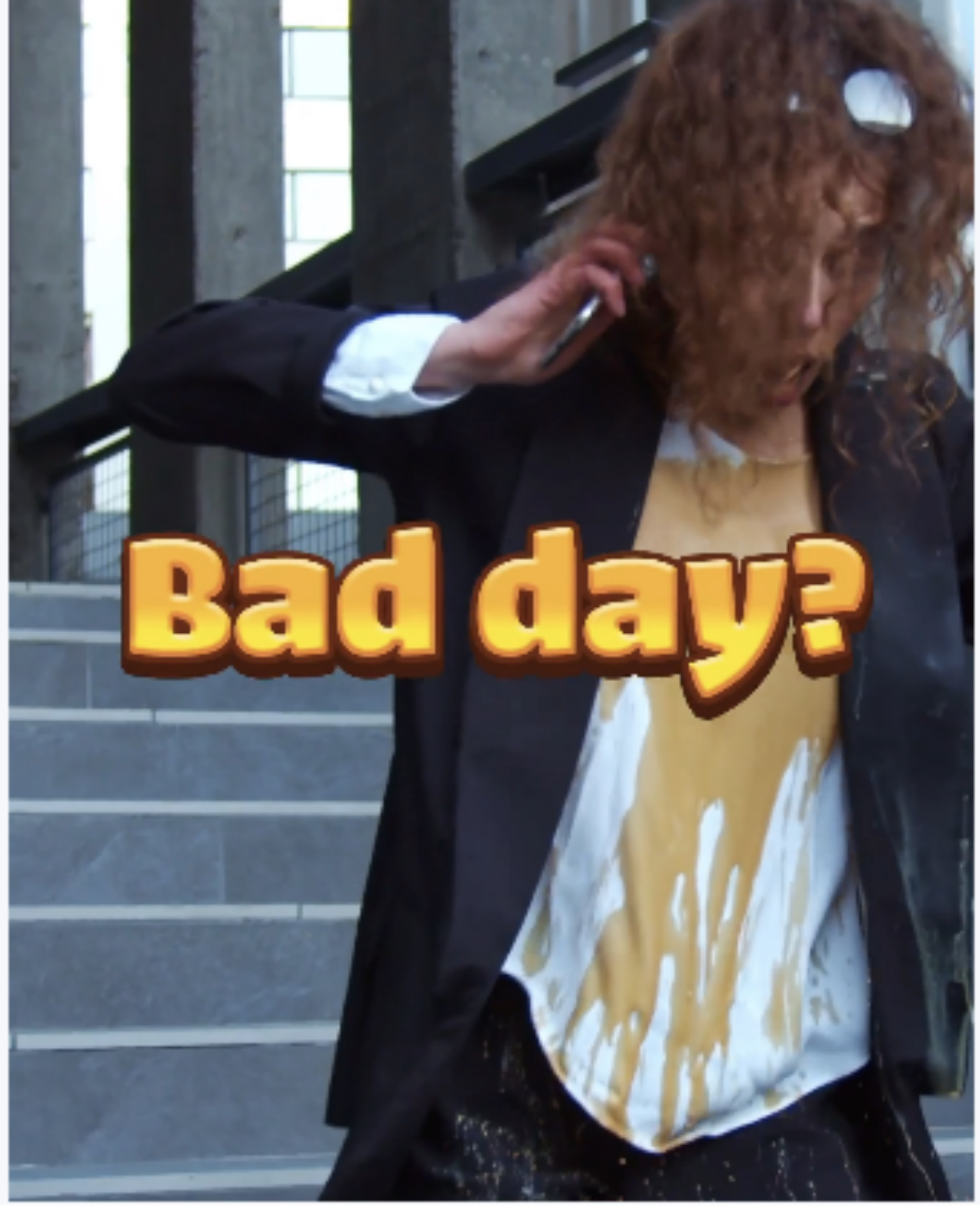 Lilith Games is a hitmaker for strategy games. Rise of Kingdoms keeps continuous promotion worldwide. After accumulating a successful mobile marketing experience, the team release another high-quality strategy and RTS game Warpath in 2021. It advertised a lot in high ARPU regions of Europe and the United States.

Rise of Kingdoms uses a lot of creatives, showing real people defeating other players by tactical planning. It describes how players choose a strategy to double the power in a short time and depicts a thrilling battle scene to bring out the fun of real-time strategy.

In addition, creatives highlight friend cooperation, which shows that the game pays much attention to its social system. 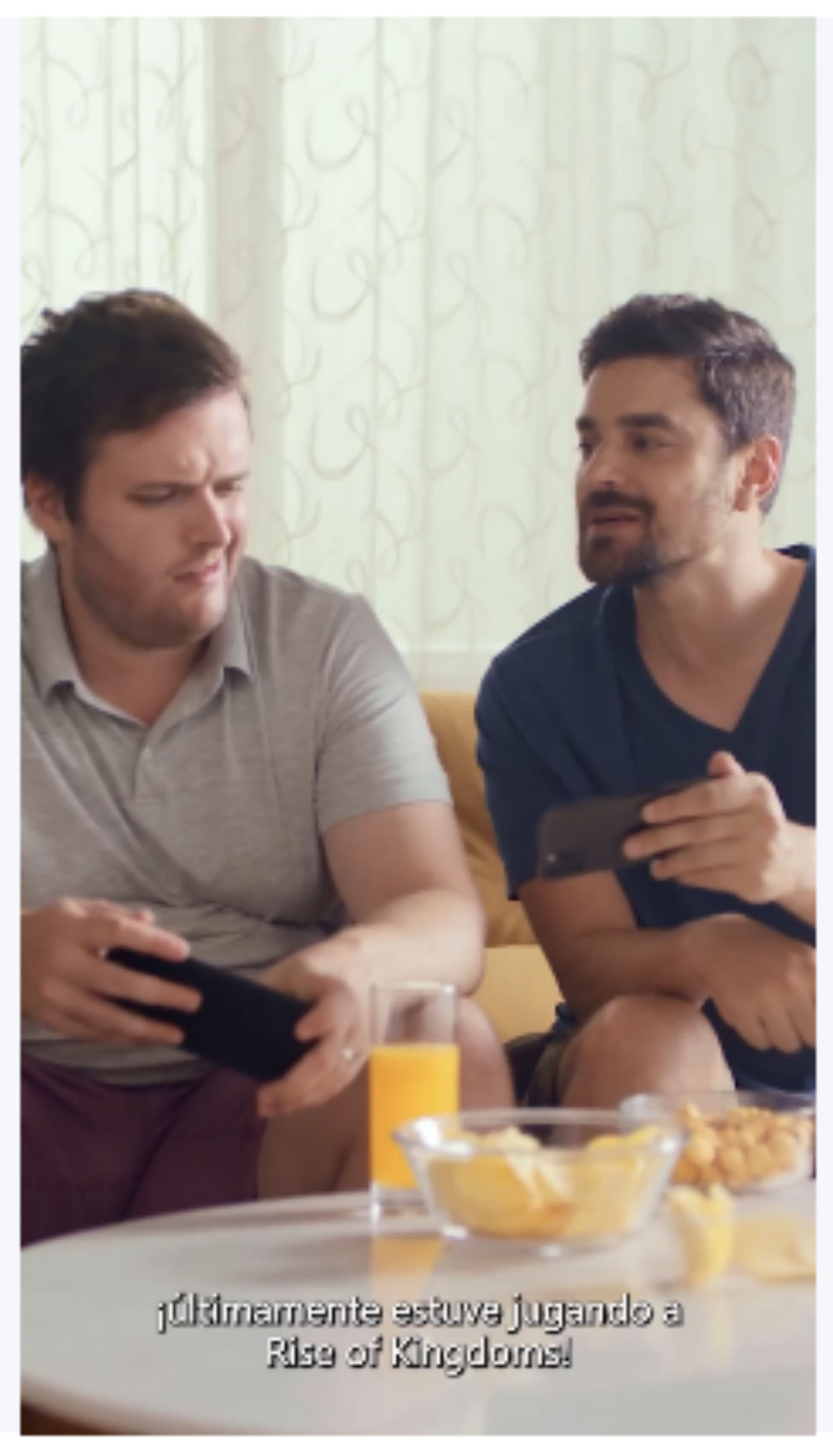 With World War II as the background, Warpath also used storylines in creatives to connect people emotionally. i.e. real people explain the game strategy and bring out the gameplay screen. 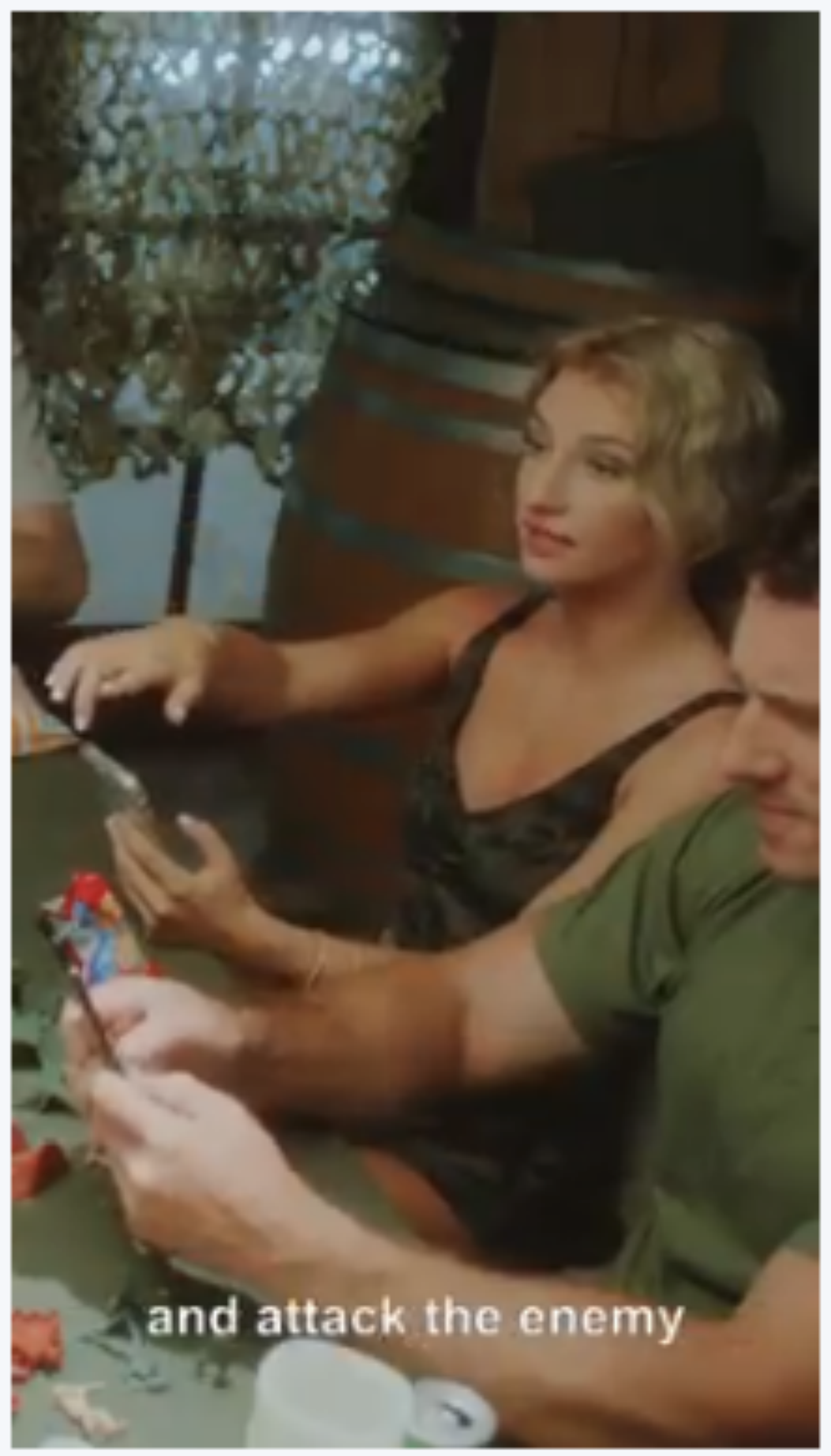 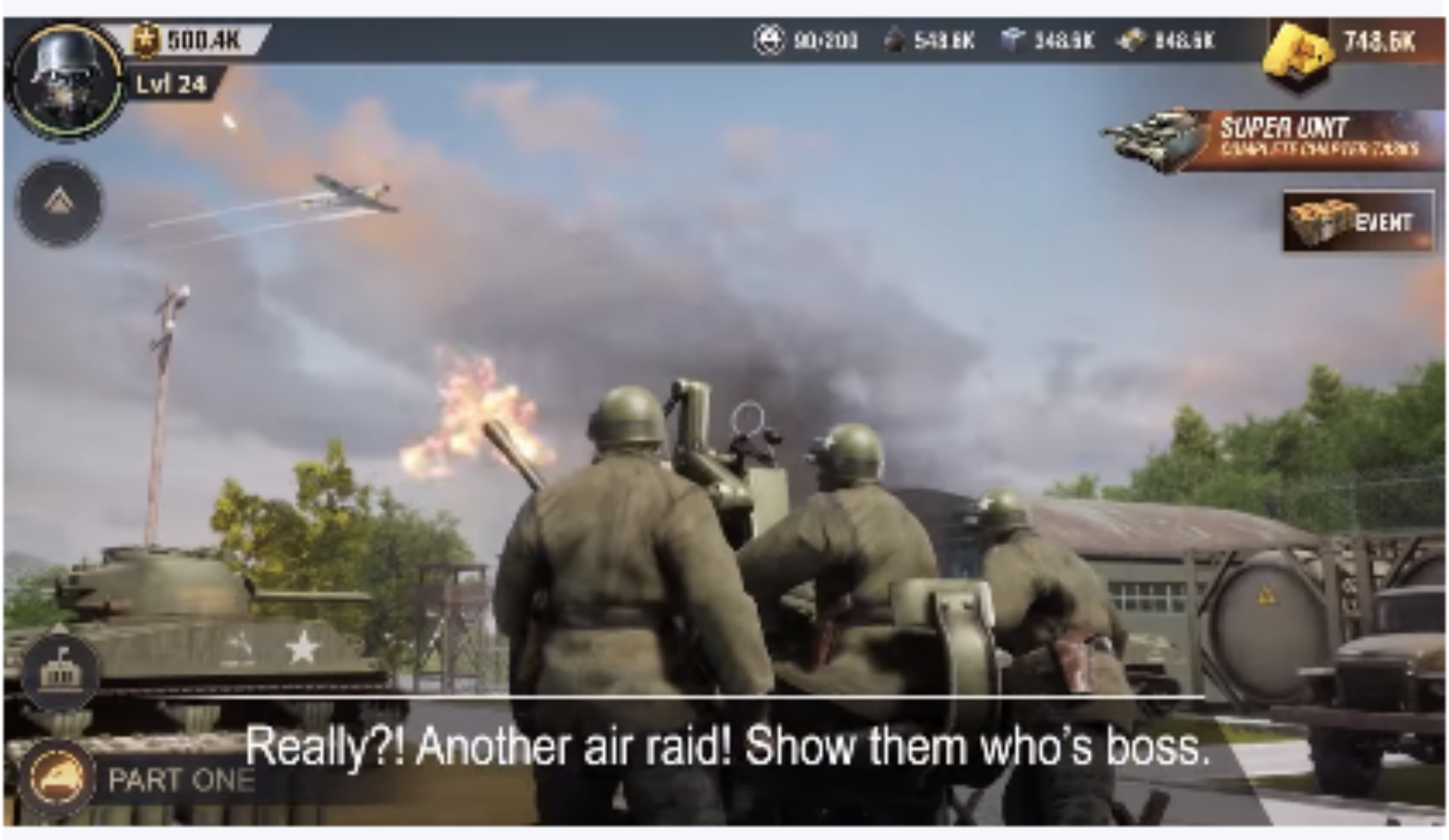