Short video apps are one of the fastest-growing industries in recent years because they integrate the characteristics of the Internet era such as fragmentation, entertainment, information flow, and social interaction, and show strong value potential. In the fierce competition, industry leaders such as Bytedance and Kuaishou have also emerged.

According to the latest financial report data, Kwai Q2 DAU was 293 million, a year-on-year increase of 11.9%. Earlier, TikTok announced at the 2nd Creators Conference that its DAU exceeded 600 million. Even after deduplication, it should be around 400 million.

Combined with CNNIC's latest statistics, the scale of China’s Internet users is 10.11 million. It can be said that TikTok and Kwai have accounted for the vast majority of the short video industry.

As the domestic market is close to saturation, overseas markets have become a new growth point for Chinese short video apps. Major manufacturers are actively entering the game, making short video a hot track for a while.

But as more and more countries have controls and rules, as well as Facebook, YouTube, and other social media giants’ participation. A range of short video applications ushered in a violent market shock.

Under the ordeal, how can these apps find their own way of operating and advertising globally?

TikTok Sticks to The Bedrock

Being named and banned by the US government to some extent shows the popularity of TikTok in the United States. In August last year, the global MAU of TikTok approached 700 million, and the number of active users in the US alone exceeded 100 million. At the same time, the United States is also the second-largest source of income for TikTok / Douyin after mainland China.

There is no doubt that the US market is very important to TikTok, so facing the dual impact of competing products and supervision, TikTok chose to stick to this bedrock.

The media-buying trend of TikTok in the US, blue for ad amount and green for new ad amount.

According to the advertising data monitored by App Growing Global, taking Google Play as an example, after the news of the ban last year, TikTok did experience a period of rough patch in the United States, and the number of single-day ads dropped to double digits. Signs of a slight increase only appeared in late October, and the frequency of media buying of 200–300 ads per day has been maintained since then.

For around ten months, TikTok has maintained a stable advertising strategy in the United States, during which there was only a short increase before Christmas. Until June this year, the number of ads rose again and peaked out 2300 per day.

The same changes are also reflected in the creatives. Early ads were of a variety of life-related interesting videos, showing the open and diverse characteristics of the user group, while emphasizing the App’s filter effects and interest recommendation functions. The content of recent advertisements is more about handsome guys and beauties and celebrities.

The same changes are also reflected in the creatives. Early ads were of a variety of life-related interesting videos, showing the open and diverse characteristics of the user group, while emphasizing the App’s filter effects and interest recommendation functions. The content of recent advertisements is more about handsome guys and beauties and celebrities.

In the latest data, TikTok became the first non- Facebook application with global downloads exceed 30 billion, and has a longer average viewing time than YouTube in the United States.

When mentioning ByteDance, people can’t help but think of Kuaishou. Although they are both Chinese short video giants, they have different global strategic layouts.

The advertising performance of Kwai in the US is obviously opposite to that of TikTok. Fromc November last year to July this year, when TikTok was relatively quiet, the number of single-day advertisements for Kwai was more than 600 most of the time, and it could reach nearly 1,400 during the peak period.

The media-buying trend of Kwai in the US, blue for ad amount and green for new ad amount.

When TikTok’s advertising volume start to soar in June, Kwai’s then quickly dropped to the level of 100 per day.

Kwai seems to have deliberately avoided the head-on confrontation with TikTok in the US media-buying market and chose to focus on the Latin American market. In the past year, Kwai Google Play end in Brazil, Mexico, Argentina has taken a lot of ads.

The media-buying trend of Kwai in Brazile, blue for ad amount and green for new ad amount.

Kwai started to increase its media buying in the Brazilian market a long time ago. The periodic peaks in the media buying trend chart also indicate that Kuaishou has a clear and stable promotion plan in this region.

On the other hand, the media buying activities for the two Spanish-speaking markets of Mexico and Argentina are also gradually being carried out, and more investment is expected for the Latin American market.

The material released by Kwai in Latin America also inherits the characteristics of the Chinese Kuaishou App. On the one hand, it is usually a low-cost self-made drama, and on the other hand, it is consistent cash reward.

Entering Latin America does not mean that Kuaishou has given up challenging the position of TikTok in the North American market. In fact, Kuaishou has put its hopes on another product Zynn.

Zynn, launched in May 2020, quickly gain a lot of popularity in the United States with the “invite new users for cash rewards” mechanism, and hit the Top App Store Ranking within one month. It is reported that the growth of Zynn at this stage even exceeds that of the early TikTok.

But the good times did not last long. The two major publishing channels soon removed Zynn on the grounds of “video content plagiarism”. The outside world believed that this was more related to cash subsidies. Although Zynn was relaunched in July after adjustments, the removal of the cash rewards mechanism greatly reduced its appeal to users.

The media-buying trend of Zynn in the US, blue for ad amount and green for new ad amount.

It can also be seen from the media buying trend graph that Zynn started media buying in July last year, and it was heavily invested in August, and there have been several peaks in ads volume since then. However, the investment has not been able to save the decline of Zynn. In the case of continued bleak downloads, Kuaishou chose to shut down the service of Zynn last month.

However, Kuaishou has another key product SnackVideo in the global short video market.

Judging from the advertising data, the focus of SnackVideo is in the Southeast Asian market. In the past year, more than 60% of ads on Google Play have been directed to Indonesia.

The media-buying trend of SnackVideo in Idonesia, blue for ad amount and green for new ad amount.

It can also be seen from the media buying data that the ad volume of SnackVideo in Indonesia is very large. During the peak period in November last year, the highest single-day ad volume reached an astonishing 16,000+, and it has also been maintained at 500- 1000 level, far more than TikTok’s Volume in the same period in Indonesia.

The advertising content is also very down-to-earth, most of which are amateur entertainment videos with low shooting costs, rather than the exquisite style popular in North America, which is closer to the preferences of Indonesian users. Cash-reward content still appeared in some ads, showing Kuaishou’s love for “cash tactics”.

Compared with the giant battle between Bytedance and Kuaishou, Huanju appears to be a lot of low-key. Likee, which is only operated out of mainland China, is not very well-known in China, but it frequently breaks into major app stores download ranking and become the 8th most downloaded App in the world in 2020.

The initial target markets of Likee are Southeast Asia and Russia, thanks to the operational experience accumulated by Bigo Live’s outstanding growth performance, as well as the accumulation of technology in video shooting, filters, image quality, etc. Likee Quickly boarded the ranking lists in Southeast Asia, the Middle East, and other regions. In Q2 of 2020, its MAU reached 153 million.

The global media-buying trend of Likee, blue for ad amount and green for new ad amount.

But since March of this year, the ad volume of Likee has shown a clear downward trend. This is also confirmed in the financial report of Huanju, the marketing expenses of Likee are being consciously reduced.

Chairman and CEO Li Xueling also expressed, Likee cannot afford to compete with giants like TikTok in media buying, so it chose a more pragmatic approach and return the contents, improve core competitiveness with high-quality content and social ecology.

It is not difficult to see that this choice of Likee will definitely affect the short-term user growth, but if the content can be upgraded, it will not only bring users a better experience but also give Likee more powerful market competitiveness.

The above is “Short Video App: How to Deploy Operation & Advertising Strategies on A Global Basis?”, log in App Growing Global now to get more mobile advertising information. 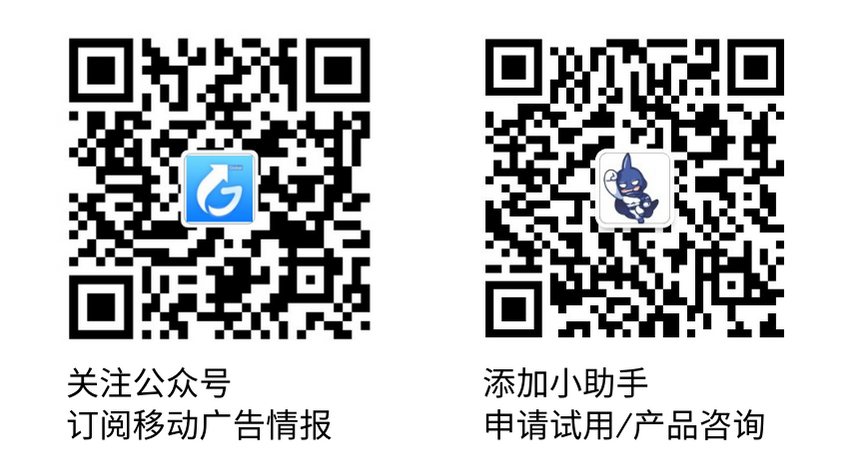